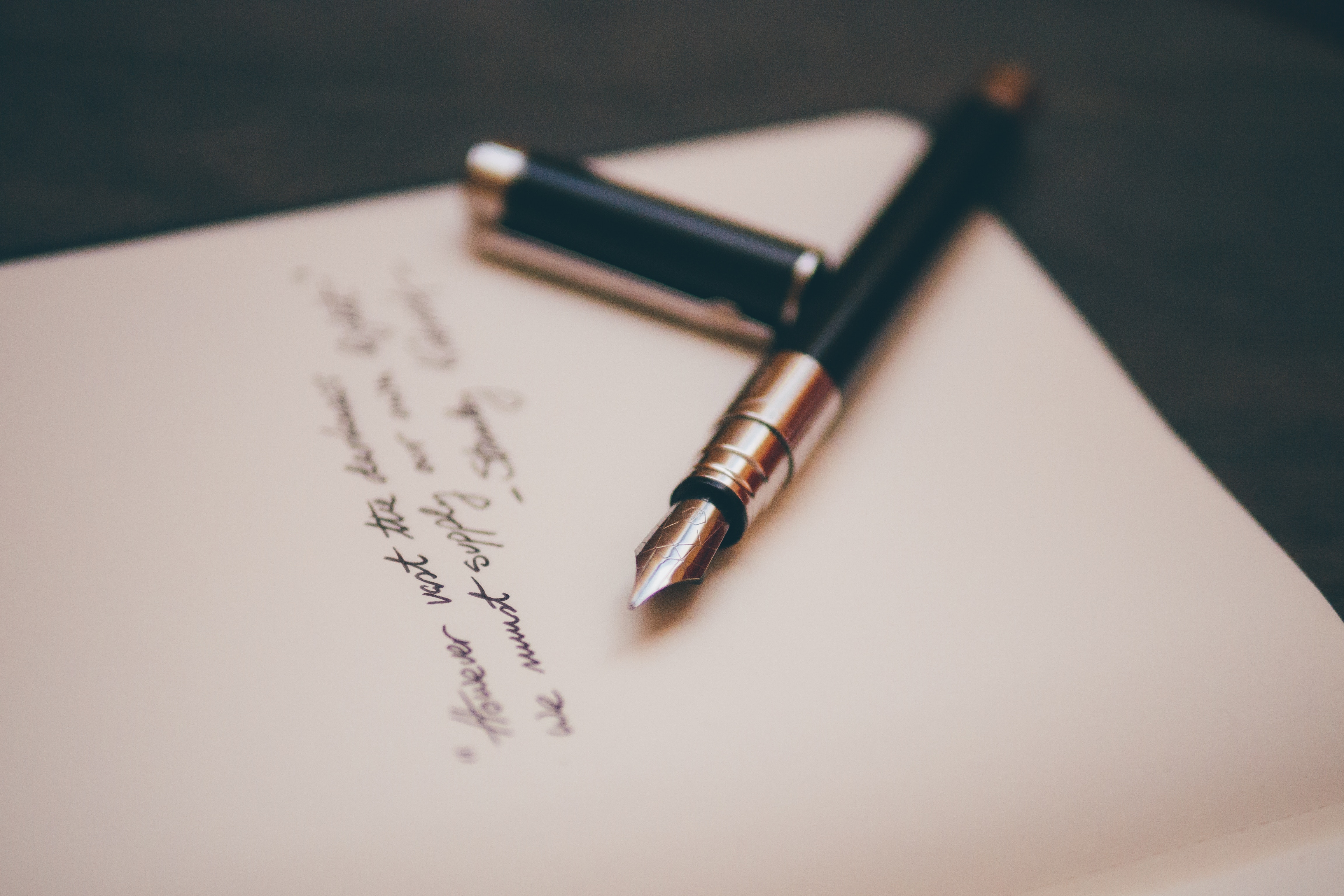 There are many reasons why family relationships breakdown which might lead to estrangement but an obvious one is an inability to communicate effectively.

There could be other factors, such an inability to ‘get’ what a person is saying or just a general disinterest in the opinions of a person in the family. This naturally leaves a lot of things left unsaid and difficult emotions bottled up.

One approach to tackle the issue of communication is letter writing, which can appear to be safe way of getting across some of the issues.

Now I’m reluctant to just jump into this as the process of writing and finding the words to express painful experiences can be leave a person feeling raw, vulnerable and even more uncertain as to what to do.

So before you decide to put pen to paper or fingers to keyboard, here are some things to consider:

Determine why exactly you are writing…the intent of the letter will ultimately inform the content and style of the letter.

It is important to note that the intent may change over the process of writing as you explore memories and find deeper meaning to these experiences.At this point, there is no pressure to post the letter, especially at the initial draft phase, so slow down, don’t censor your words and be open to what may come.

Once you are clear on your why, it is important to focus on the what, i.e. what exactly do you want to say?

If the goal is repair/reconciliation, the letter should be practical and highlight specific areas that bothered you. Don’t be vague or get caught up in petty issues. Avoid ambiguous language which can be easily misconstrued. And don’t hope that they ‘get it’, instead focus on telling them what you need, e.g. a desire for a close but healthier relationship, and how you would like this be achieved, e.g. how you would like to be treated.

It can be useful to acknowledge how you both have faults or are in some way responsible for what happened. If this feels wrong, educate them on your vision of what the relationship could look like and highlight this comes from a place of love.

If the goal is to strengthen the distance, the letter could make it clear around contact, e.g. how and when to communicate and the rules of engagement. It could also be to clarify the reason for the distance and the personal impact of past behaviors.

This might also be necessary when there are others impacted by the situation, such as those in your immediate circle and especially young children who might be sensitive to the emotions of adults and attuned with the current conflict.

If the goal is closure, it is important to not fall into a toxic landfill where you might offload so much anger and hurt that it ends up hurting yourself and others involved even more. It is also important to ask will writing actually provide closure or will it open the doors as opposed to closing them. Ultimately, will this letter facilitate letting go or create new reasons to hold on?

The content is important, but it is just as essential to use language which estranged parties will understand. Some of my clients are voracious readers, especially of the fields of psychology and self-help, and adopt technical terms or language, which might not connect with their families level of understanding or could be perceived as condescending. I would encourage using natural, conversational language and focus on being understood as opposed to sounding impressive.

Avoid anything that can be perceived as nit-picking and focus on the bigger picture, i.e. the recurring themes in terms, such as conflict, expectations, communication and they’re contributing to the overall breakdown of relations.

Analogy can be a useful way of sparking the imagination, using stories which might reach them in a way to conventional dialog can’t. Framing issues from their own experiences of conflict, stress, isolation, etc. may connect with them emotionally more than cognitively.

A perfectly written letter received at the wrong time could be ignored, skimmed over or read with a haze of stress. Timing is everything, both for you and for others and it is worth considering if now is the time, i.e. patience is your friend.

Are they open to listening now? Have circumstances in their own life change which may alter their perceptions of you? Have they healed their own wounds or are they exactly where you left them? Are there other issues in their lives preventing them from hearing you? You may not find answers to these questions but a bit of detective work with other family members might shed a little light.

Is this the right time for you? Are your emotions too much, prompting you to jump in impulsively to offload and feel better? Do you feel emotionally strong enough for the response? Do you have the right support? It is impossible to control the outcome, but you need to always prioritize self-care and mitigate for as many scenarios as possible.

Hoping for the best and preparing for the worst is necessary. And knowing the difference between these two is equally important.

Naivety and blind optimism are also not helpful and require complete personal honesty.

Where some families are oblivious to the negative impact they are having on you, the letter may be an eye opener as they begin to realize their role in your life and respect you more for standing up for yourself.

You may be asked to backup/explain words, but while they might be initially defensive, this might not be driven by an aggressive desire to control/punish but rather genuine fear, surprise and all the other emotions triggered when confronted. Alternatively, you may get a response of pure venom.Tainted by their own fear and insecurities, they may see the letter as a power challenge and react with anger and indignation that you dare speak up to them.

Such is the complexity of human interaction; you may get a confusing response, such as semi acknowledgements or certain aspects of the letter going completely over their head. Or you may get nothing at all, creating an anti-climactic sense of disappointment…or relief.

Despite the response, I cannot stress the importance of support whenever there is communication with family. Keeping a record of responses and sharing these with some you trust may be important to process the latest story in the overall narrative.

At this point, you may have a letter but are still uncertain as to what to do with it. It might be worthwhile pressing pause and asking if the family members actually deserve your time. This might be a question you asked yourself repeatedly over the lifetime of the familial struggled.

A letter like this is very much an expression of love that has been deeply hurt…do they still deserve that love? Do they deserve the privilege of knowing your inner world? Will they value your feelings?

Instead of posting/emailing the letter, it might be useful to first read the letter aloud directly to someone you trust. This is a common practice in therapy, the therapist’s compassion and healthy distance from the situation facilitates safe expression. The letter has to be seen and heard, not just in the words, but in the tone of voice, in the eyes, in the face, in posture, in gestures, in everything that is unique to you. Family may be blinded by bias and unable to connect with you in this way.

I would never deny you the right to your express yourself and it is important to be congruent with your feelings. But you also have to protect your health (emotional and physical). The decision you make regarding this letter should be a demonstration of self-care and self-respect.

The video below describes the process of writing to family members in more detail and hopefully it will help you structure your letter and then decide what to do with it.

Take care and as always let me know if I can help in anyway.

One thought on “Writing to estranged family members”