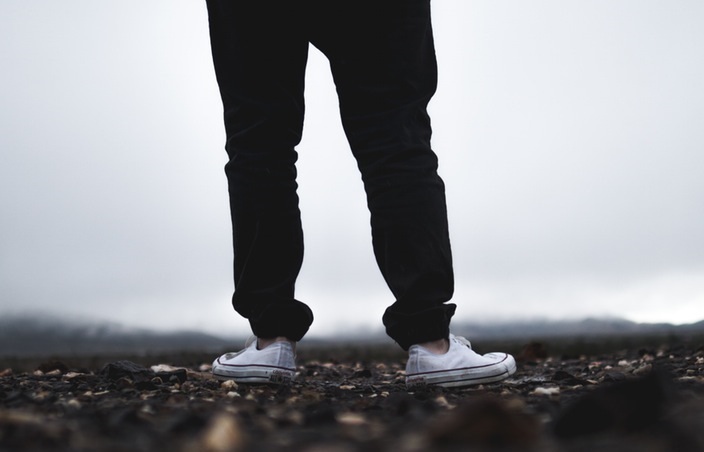 I’m too old to get back into football, remarked my 16 year old client.

This was a smart guy with so much going for him, but he was struggling in school as he wasn’t getting along with one of his teachers. In addition relations with his parents were pretty bad, as is the case for so many teenagers at these times.

I asked was he joking but sadly he wasn’t. He genuinely felt sixteen was over the hill and that many opportunities were now closed to him. Such is the life of teenagers today as they struggle with their identity, their (often unrealistic) expectations on life and how they fit into society.

As they start to form beliefs and opinions about who they are, it is important they are surrounded by healthy friends (with reasonable self-esteem) who can mirror these changes, respect their idea’s and ultimately reinforce the identity they are creating for themselves.

The reality however is that many of their friends will also be dealing with their own insecurities and will be generally unsure of life and where they are going, this in turn can create a sense of confusion for the teen.

As a healthy parent it’s natural to worry about your child’s development, behaviour and their future. You want to see your child grow with a positive outlook on life and a sense of direction; communicating their needs in an honest but non-confrontational way, with a sense they are valued for who they are.

There are so many pressures on young men today to conform, repress emotions and choose a life path early that it’s increasingly difficult for parents to maintain any type of healthy relationship with their son.

With that in mind, below are some of the common issues we see in the therapy room with young men:

• School/College
The pressure to perform, having to focus on a huge amount of school work and try to get good results, choosing a career path which is a daunting task for any young adult.

• Self-Esteem
Comparing themselves to others, conscious of their self-image, believing they aren’t good enough.

• Physical Changes
Uncomfortable with their body, they are going through a lot of changes such as voice breaking, hair growth, spots, and body shape.

• Experimentation with alcohol and drugs
Peer pressure from friends, the physical side-effects for example if brain and body come to rely on substances, sweats, high blood pressure, brain development, memory recall, more prone to risk taking and accidents, more likely to getting in trouble with the law.

• Sexuality
Unrealistic expectations of others and the pressure they put on themselves, in a rush to grow up.

• Depression/Anxiety
Physical depression which isn’t helped by a poor diet and lack of exercise, feelings of isolation, forced to grow up quicker and understand issues and emotions beyond their maturity.

Firstly, as a parent it’s important you realise the need to model healthy behaviour. So much time is spent, often in conflict, trying to change the young man’s behaviour or keep them on the straight and narrow yet so little is achieved. Instead, I encourage all parents to stop trying to change their son and simply embrace the attitudes you would like to see. Modelling behaviour can be extremely effective and as a parent you have more power than you realise. Use it to inspire your son towards a healthy life.

For example, if your son’s constantly reacts with anger to any minor trigger; you should react calmly no matter how frustrated you feel. If your son has triggered anger in you detach until the emotion has passed, then sit down and discuss the situation (follow the link to my article on anger management techniques here). He may feel unnerved by this but it’s important to build trust and work towards a non-confrontational mature discussion. Also, how you talk to your son is so important. It is evident from the therapy room that several of my young clients resent being spoken to in a condescending manner. They will always be your little boy but it’s essential you look past your loving connection and acknowledge the young man he is trying to become.

For issues around school it’s important to take the pressure off achieving and focus on enjoying the experience and learning. Let them know they can’t be good at everything and work with them to find their strengths and work on their weaknesses. This will aid in building self-esteem and creating a sense of purpose. For example if your son isn’t studying and is staying up late, change your own behaviours and lead by example. Turn off the TV and read a book on a topic you enjoy, get to bed early, etc.

In terms of the physical changes they are experiencing it’s important they realise it’s a natural process, one which everyone goes through.

Drug and alcohol abuse is a serious issue and it’s very common for young men to try different things, often at the behest of friends. There is not much you can do outside of the family home, but it’s critical to set strong boundaries inside. An open discussion highlighting the FACTS around excess drug and alcohol usage in teens can be useful, but it is also necessary to highlight there has to be consequences to breaking the law. The type of home environment you create determines how open and honest your son will be and how much he respects the rules you are trying to enforce.

Everyone suffers bullying at some stage in their life. The scale and impact varies but it’s important for parents to realise they are not on their own in dealing with this epidemic. Young people have a greater tendency to talk to friends about issues around bullying, so it would be useful to invite their friends over to the house and casually begin a conversation on it. If your son is being bullied, encourage him to keep any evidence (text messages, photos etc.) in case the matter needs to be brought before the school. For me, the biggest lesson is setting boundaries, teaching your son that they have every right to stand up for themselves without fear of punishment from you; to speak up and tell the bully it’s not ok to treat him badly. The bullies rarely react positively to this but it’s a start and may cause them to hesitate.

Sex is always a difficult and uncomfortable subject in any family. Yet its important to ground any idea’s young men might have and let them know the truth about healthy sexual relations, protection, body image, etc. They need to know the realities of unprotected sex, unplanned pregnancy and how it will impact their lives and freedom. Note: In Ireland, 1253 teenagers had babies in 2014, with 23 being under the age of 16 (Source). This article gives some great advice on teenage sex education here.

Depression has never been worse with huge numbers of young men reporting suffering several of the symptoms of depression. Signs of teenage depression include:

Depression must be attacked from several angles. Reducing access to negative media outlets and possibly negative people is an important first step as these can heavily influence their thought patterns. A diet rich in green leafy vegetables, fruits (especially red fruits likes grapes, berries, etc.), lean meat and seeds/nuts is essential to fuel the body (especially the brain) with the nutrition it needs to function. Exercise is another important part as it releases serotonin, a natural occurring chemical in the body which, although not proved to cure depression, is associated with improved mood, alertness, increased memory and positive social behaviour.

This said the most important step is to talk about it. Validating what they are going through will help the healing process along, but also lets the sufferer know that it’s not the end of the world and they have the support they need at their fingertips.

I hope this information is of help and I’ll back shortly to discuss the challenges of the 20 – 39 age groups.