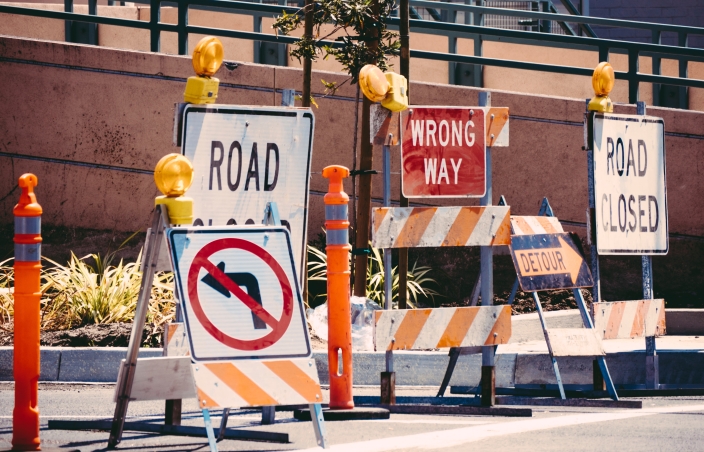 Many of my clients have a deep fear of making mistakes, mostly due to past consequences which were very real and left an emotional bruise which they still carry today.

We ALL make mistakes and at times we ALL have regrets. If we didn’t, then we wouldn’t be living.
And so they play it safe and avoid taking risks: staying in jobs where there is no progression, maintaining unhealthy patterns of eating due to lack of motivation to change or staying in a dysfunctional relationship due to fear of how others will be impacted by a breakup and making a HUGE mistake.

They also avoid reaching their own potential as the only way to transcend where they are now is to face the things which hold them back. Despite how unhappy they feel, they choose the comfort of familiarity over the discomfort of uncertainty.

Perception plays a big part in how we learn from life and view mistakes versus making the RIGHT decision.

For example, one my current clients (Jo – not her real name) last relationship ended as she stood up to her boyfriend and his non-committal attitude. He was threatened by her confident action and subsequently blamed her for the break up. Soon after she would label herself un-date-able and a relationship failure…none of which were remotely true.

Had she not challenged him, it could be years before she realized fully his lack of commitment.
So we first started to look at why she confronted her ex-boyfriend in the first place. Some of the reasons included:

• He was cancelling dates at the last minute.

• He would rarely stay in her place and would make her travel a good distance to his home every week.

• When he did stay in her’s, he would complain constantly about the size of her apartment and how much of an inconvenience it was for him being there.

These 3 examples highlighted to her how he would only have a relationship on his terms and was not prepared to compromise.

From this, we challenged her views on what happened to shift it in her favour:

• She could have easily walked away from the relationship sooner, but instead she remained determined in trying to make it work by facing the issue. This commitment is difficult to find and is priceless in a healthy relationship.

• Had she not challenged him, it could be years before she realized fully his lack of commitment. By then, the emotional enmeshment would be deeper and much more painful/difficult to break.

• With each breakup, Jo was one step closer to understanding what she needs from partners and she could identify and respond to red flags sooner (see the video below for more info on red flags).

Initially, low self-worth and a complex of self-judgement tainted Jo’s perceptions. But she eventually came to the conclusion that standing up for herself was 100% the right thing to do. She was also supported by all of her friends, highlighting she was being hard on herself out of habit instead of necessity.

We ALL make mistakes and at times we ALL have regrets. If we didn’t, then we wouldn’t be living.

But the challenge is knowing when to classify an action as a mistake or simply doing what is best for you (or others).

This ain’t easy and needs constant reflection and assessment, but with a little bit of objectivity and lot of support, personal growth is exponential and making mistakes becomes a welcome guide and not a dreaded curse.

Thanks for reading and please don’t hesitate to share this on LinkedIn.

PS. If you enjoyed my articles or videos, or would like help with working on your self-esteem, then you will love my online personal development program, The Self-Esteem Blueprint, where you will empower yourself with knowledge and tools to take control of your stress and worry, your relationships, your boundaries and your self-worth. The program is open for registration NOW and I would love to have you on board.